The brand entered the perfume market in 1990; American perfumer James Bell became the author of the debut fragrances Guess Original and Guess Men. This was followed by a 15-year break, during which only the eponymous composition for women was released. In 2006, the brand returned with the new Guess For Women and Guess Man created by Maurice Rousel and Steve Demercado, and in subsequent years the brand line was replenished almost annually.

Sort by:
Sales, highest to lowest Relevance Name, A to Z Name, Z to A Price, low to high Price, high to low
Showing 1-2 of 2 item(s) 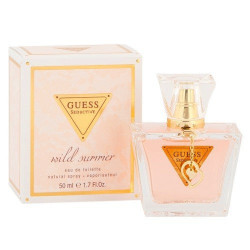